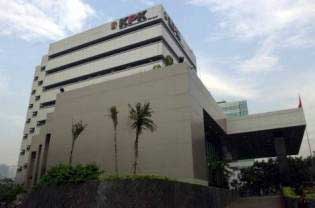 Jakarta. New research by a prominent watchdog reveals an alarming trend in the fight against graft, showing that well over half of corruption suspects tried in court in the first half of the year were acquitted. Released on Sunday, Indonesia Corruption Watch data showed that 54.8 percent of defendants facing charges of corruption in regular courts — including district or municipal courts, the Court of Appeal and the Supreme Court — ended up walking free. Of those who were convicted, 8 out of 10 received sentences under five years.

“This is an indication of how our courts do not show seriousness in punishing corruptors — 54 percent is a huge number,” said Donal Fariz, an ICW law researcher and head of the watchdog’s court monitoring division. The first six months of the year saw 166 graft defendants tried in 103 cases in various courts, with district courts handling 82 cases, he said. Bureaucrats topped the list of defendants, followed by lawmakers and counselors, local government officials, teachers, lecturers and a former minister.

Cases largely involved school and local government spending. “We need to watch our appellate courts, because their trend is pretty different from our antigraft court’s,” Donal said, adding that in 17 cases handled by the Anti-Corruption Court over the same period, no defendants were acquitted. Alongside the 54 percent of defendants acquitted, the data shows that 22.9 percent of defendants were jailed for up to two years, and 18 percent for two to five years. The average sentence was 12 to 13 months.

“These acquittals build an atmosphere that makes this country a haven for corruption,” Donal said. “The president and the House of Representatives should seriously look at this situation and structurally lead the eradication of corruption in both governmental and legislative bodies.” ICW data also shows that from 2005 through July this year, 857 corruption cases involving 1,965 defendants were heard in court. In these cases, 49.5 percent of the defendants were acquitted. The strictest year was in 2005, when appellate courts had a 22.2 percent acquittal rate.

The strength of the nation’s battle with corruption has been in question recently, as many graft convicts have enjoyed clemency and sentence reductions. The National Mandate Party’s (PAN) Tjatur Sapto Edy, the deputy chairman of House Commission III, which oversees legal affairs, has called for corruption convicts to be banned from receiving clemency or sentence cuts. Another commission member, the Golkar Party’s Nudirman Munir, said the House saw the acquittal rate as a serious problem.

“We want to give the Judicial Commission more authority, so it can examine and take action on cases that run against the sense of justice,” he said. He vowed that a revision to the law on the Judicial Commission was on the House’s list of priorities to tackle this year. Legal expert Topo Santoso, from University of Indonesia, warned that strengthening the Judicial Commission should not be the first priority. He said police and prosecutorial offices handling the cases should also be examined. An acquittal was not a decision that depended on the judges alone, he said, but on every institution involved in the prosecution. Each agency had a responsibility to contribute to the success of the courts, he said.

“What if the police dossier is weak?” he said. “The police are the gateway to criminal justice. If we haven’t succeeded in wiping corruption out of that institution, don’t expect our courts to succeed.”

Any more questions? Feel free to write us a mail!

Located in  Jakarta, the law firm of Lontoh & Partners represents clients throughout Jakarta, including, but not limited to the cities of Sumatra, Java, Kalimantan, Sulawesi, Bali, Maluku, NTB, NTT and Papua.

The information contained in this website is for general information purposes only. The information is provided by Lontoh & Partners Law Firm and while we endeavour to keep the information up to date and correct, we make no representations or warranties of any kind, express or implied, about the completeness, accuracy, reliability, suitability or availability with respect to the website or the information, products, services, or related graphics contained on the website for any purpose. Any reliance you place on such information is therefore strictly at your own risk.